What is the Disability Royal Commission?

This information comes from a presentation by SUFY advocates that was held at the CRU office in July 2021.

If you would like to find out more about the Disability Royal Commission, or would like some assistance in making a submission, please contact SUFY on 3255 1244 or email them sufy@sufy.org.au

Can and should I take part in it?

I’m Nance Haxton – and I’m an advocate for the Disability Royal Commission through the disability advocacy organisation SUFY – Speaking Up for You. 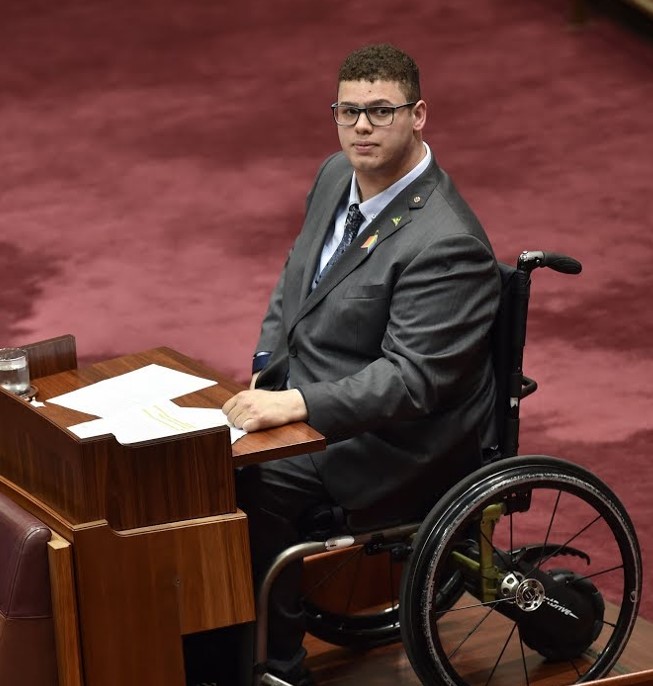 Many people will remember Senator Jordon Steele-John crying as he told an almost empty Senate chamber in September 2018, about the desperate need for a Disability Royal Commission to comprehensively investigate the many examples of abuse against people with a disability.

Senator Jordon Steele-John wept as he used parliamentary privilege to read the names of 34 Australians with disabilities who had died from neglect and violence.

The Greens Senator from WA told the Senate he would not rest until they were given the justice that is desperately owed to them.

His work and words and the efforts of disability advocates around the country over more than a decade, are what led to the formation of this Disability Royal Commission.

In an interview he did with me for my Streets of Your Town podcast late last year, the Senator described how he hopes the Disability Royal Commission will bring monumental change to Australian society.

I believe that it is – has the potential to be – a truly transformational tool for the elimination of discrimination in Australia, discrimination against disabled people.

The ultimate goal is nothing more or less than the transformation of our society into one which is inclusive of all disabled people and which is liberated from the shackles, if you like, of ableism in our society.

One where disabled people are free to pursue our lives and our aspirations on our terms. That is a future, a community I think that would be supported and embraced by the vast majority of people in our country.

And it’s something which our Commission can help bring that one bit closer to a reality.

About the Royal Commission 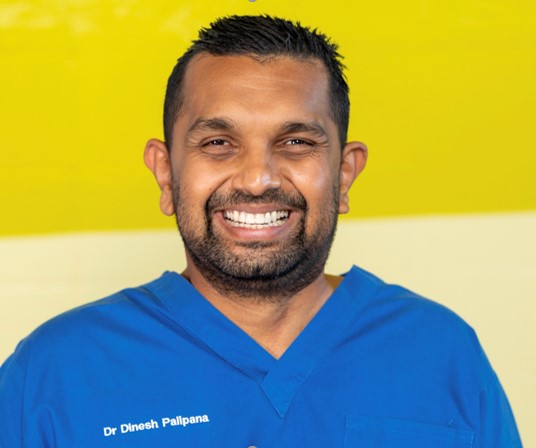 Dr Palipana is the first quadriplegic medical graduate and medical intern in Queensland.
The 36-year-old founder of Doctors with Disabilities Australia is Queensland’s 2021 Australian of Year and in 2019 was also was awarded the Medal of the Order of Australia.
He is senior resident at the Gold Coast University Hospital, a recent law graduate as well as the doctor for the Gold Coast Titans physical disability rugby league team.
And he’s also recently been appointed as a special advisor to the Disability Royal Commission, as the Culturally and Linguistically Diverse (CALD) Senior Advisor.

Dr Dinesh:  I’ll be talking about some of the social issues that people with disability have.

For example, what happens if someone is dependent on 24-hour care? What happens when they or the people around them or the caregivers are affected by COVID? What happens to that person?

There have been stories, for example, where such people in our society have developed some symptoms like a sniffle or a fever, and then suddenly these care agencies stop sending their staff to their home. So now they’re stuck. I guess sometimes the only way they can survive is to present to a hospital, which puts them at risk again of hospital-acquired complications.

But coming back to disability, I think we need to protect these vulnerable people because if they get sick, they’re physiologically more prone to have a worse outcome. My lung function is really poor. So if I were to get COVID, I don’t know what would be the outcome.

Nance: Would you encourage other people to also consider giving evidence to the Royal Commission? Daunting as a prospect that is?

I know it’s super scary, but we need to get the stories out there. We need to talk about this and we need to fix things and we need to put it out in the open. I know it’s scary. I understand. I also understand that you don’t want people worried, but there are legal protections in place and there are support structures in place. By telling your story, I think there is so much good that can come to our society. I would really encourage you to think about it.

Nance: There’s counselling in place for people who need it from giving evidence as well?

Dinesh: Yeah, absolutely. There’s counselling. There’s just an incredible support structure around it. Even for me, I think the support that the Royal Commission has put in place has been really comprehensive to say the least. So I would really encourage you to tell your story… because without the stories… We need stories. They’re powerful. Your story is powerful. Please tell it.

How to make a submission to the Disability Royal Commission

Sharing your story with the help of an advocate

What if you don’t want to give a private submission? What are the legal risks?

“The mechanism that is used to establish this, the Royal Commission Act of 1905, fails at the moment to extend the privacy provisions that exist for things like private hearings to all submission types.

“That’s so important, because private hearings are not available to everybody, they’re not appropriate for certain types of evidence.

“There are certain types of evidence where a private session doesn’t cut it.

“It is currently preventing people from coming forward…

“If you’re telling your story to the Royal Commission, you have experienced not only violence, abuse, or neglect, but also systemic failure, systems that were meant to protect you have let you down, information has been covered up, organisations have acted wrongly. And so, it is totally understandable that people would want to make sure that their privacy was guaranteed before they told their story.”

Where can I get legal advice?  Your Story

Mother:  I definitely found it stressful or a bit daunting thinking about the whole process. Certainly appreciated all the help that I received to do it. So relieved that I did go through with it.
Nance: So having an advocate helped you get through that feeling of being daunted.
Mother: Yes thinking through all the issues feeling all the emotion again to have to think about those things to do the submission was difficult. But I’m so glad I did it I would’ve regretted it had I not.
Nance: Had it been an idea of yours for a while?
Mother: As soon as I realised there’d be a royal commission I felt I had a responsibility to make a submission so that’s what I did.
Nance: You’re glad that you’ve done it would you encourage others to also consider that?
Mother: Absolutely even if it might be difficult I feel like once it’s done you could feel that it was worth having done it. Just that you’ve had the opportunity. And I’m actually grateful that I had the opportunity to say what’s happened. Especially when there’s so few other avenues to let anybody know what’s happened.
Nance: What your submission was about – it was about education wasn’t it?
Mother: Yes what happened at school, having very few avenues to take what was happening at school, finding it very hard to find a resolution, many instances that were very distressing. And not knowing where to go and who to tell and not feeling like that the things that I and my children had experienced were really acknowledged.
Nance: Sounds like a bit of relief now though for having done it.
Mother: Absolutely feel so much better. Feels like it’s a little piece of closing the door to things that have happened and move forward.”

Mother: Definitely it was something I thought that I will have to do among the million other things that we have to do for our children. It wasn’t something that I thought would be necessary until a few instances at my child’s school which inspired me to find some advocacy supports and just to understand my rights. And that’s when that journey began that I could definitely make a submission into the Disability Royal Commission. That was the start of it all.

Nance – Were you a bit daunted by making a submission to the royal commission?

Mother – Yeah. Like anything unknown you don’t know what to expect. So you’re going to have those reservations and anxieties especially with privacy and not knowing what’s become of it. So definitely speaking up was a process but when you ‘re having to advocate for your child or someone you’re caring for and their basic human rights.

Nance – And was having an advocate helpful?

Mother – Yeah extremely helpful. Definitely having someone who understood the full scope and scale and understood the human rights of your child and options in this area.

Nance – Walking through the process a bit as well?

Mother: Definitely Having someone to support me along the way. Writing up a submission – for me it was sitting down and having a conversation and having that support person just listening and then typing everything up as we go and coming back and adjusting things. But that process worked for me and actually made it all possible. I don’t think I could’ve done it without her.”

Jacob is a public speaker and President of Toastmasters at Newcastle University. He loves bringing people together and sharing his life and energy with others. In this podcast, you’ll meet his mum Linda who will talk about how relationships are life-sustaining and a safeguard for Jacob living in his own home. Hear how Jacob has built his crew or ‘Circle of Support.’ and how getting the right blend of supports and relationships assist to thrive in your own place.🎧 Listen Now: https://www.myhomemyway.com.au/podcast/episode/22f957d9/creating-a-web-of-supportImage below of Jacob and Linda Hughes smiling. Image of My Home My Way Logo (a house). Test, Podcast 5 - Creating a Web of Support, Linda Hughes, photograph by Jacob Hughes. ... View more about this articleView less about this article

Getting the Quality Support You Need: Registrations closing this Thursday!Join us on Friday, 7 October in New Farm, Brisbane.For more information and to reserve your tickets, go to https://events.humanitix.com/getting-the-quality-support-you-needImage Text: Getting The Quality Support You Need• Are you concerned about who is missing out since the introduction of the NDIS? • Would you like to talk with others about what quality support looks like to explore some new options and ways of being supported? • Do you believe that it will be people with disabilities, their families, friends and allies who will find the solutions we need?...Then this event is for you!!7th Oct, 9.30am-3.30pm, New FarmRSVP by Thursday 22nd September ... View more about this articleView less about this article

Today's podcast features a Queensland family, talking about the important topic "Whose Home is it Anyway?"Thanks for sharing your story with us Marisha and Sherryn.Marisha is an artist, sister, neighbour, fashion lover and Brisbane Lions supporter. Having the freedom to live the life that she wants to live, and doing it on her own terms is really important to Marisha.In this podcast, Marisha’s sister Sherryn talks about how she has learnt from and assisted Marisha to grow into the role of being the boss in her own home.🎧 Listen Now: https://www.myhomemyway.com.au/podcast/episode/26661ac4/whose-home-is-it-anywayImage below of Marisha and her sister smiling. Image of My Home My Way Logo (a house). Text, Podcast 4 - Whose Home is it Anyway? Sherryn and Marisha. ... View more about this articleView less about this article