Stories of grassroots change and leadership

with Matt Stone and Margaret Rodgers

In the first episode of this series Matt Stone [bio], CRU board member discusses the upcoming series with CEO of Community Resource Unit, Margaret Rodgers [bio]. They have both worked with people with disability and their families for many years and their enthusiasm for the history and the messages in the series is evident in this introductory discussion.

Matt and Margaret reflect on the messages in these very personal stories and what people can expect from this new resource on Change and Leadership.  They explain why CRU has made the podcasts in this way and the recent establishment of the Anne Cross Leadership Initiative.

For Matt, as a Board member and Margaret as CEO they are keen to ensure that the resources CRU produces are relevant and useful to as many people as possible.

This series can be found through iTunes, Spotify and wherever good podcasts are found.  We have more information on how to access podcasts on this post. 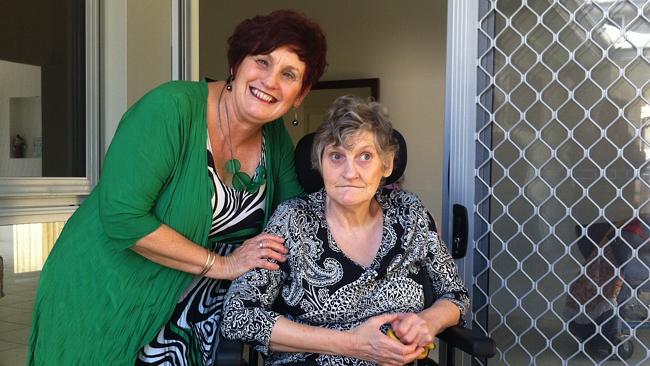 Josey McMahon and her twin sister Cathy grew up in a large family in rural Queensland until Cathy moved to live in a large institution where she remained for 47 years.

This is the story of how Josey reconnected with Cathy and helped Cathy reconnect with the wider world once again. At its heart this story is about personal change, reconnection and the power of family.

Margaret and Jeremy Ward have been active members of the disability community in Queensland since the 1980’s. They have invested in collective family advocacy efforts and in developing their own leadership skills and the skills of others. They were also instrumental in the creation of organisations such as QPPD, CRU, QAI and Pave the Way.

In this story they share the personal struggle for their daughter Mena to attend the local school alongside her peers. They describe the importance of clarifying their vision; learning about new ways of doing things and getting the right people around the table to help make it happen. 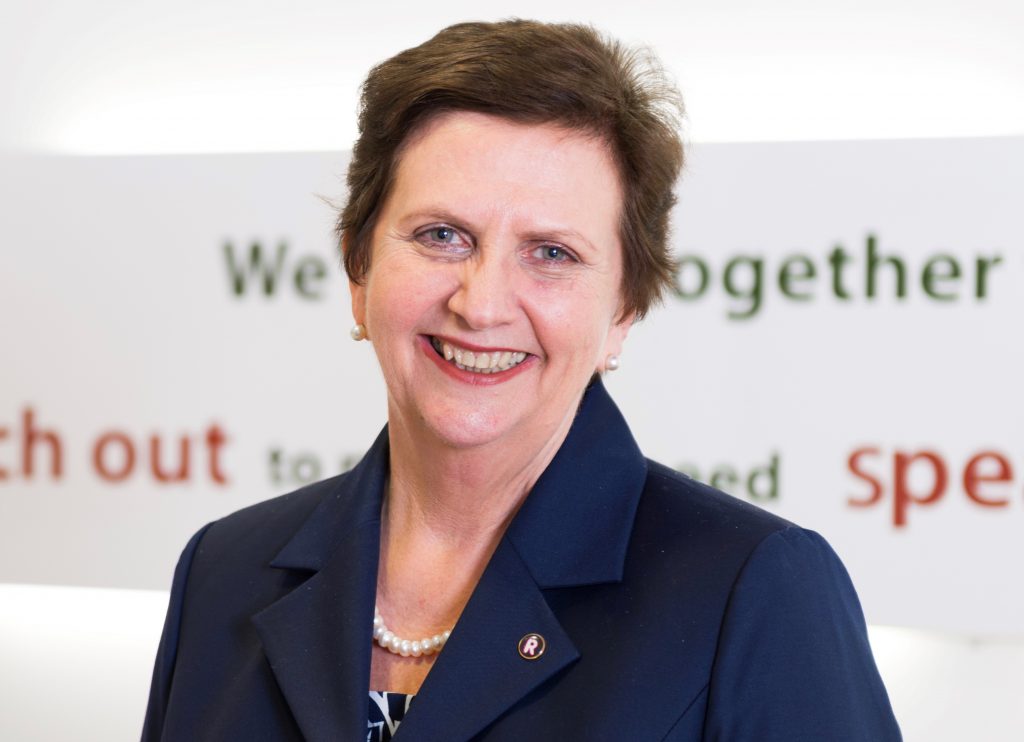 Anne Cross is the founding director of the Community Resource Unit and the recently retired CEO of Uniting Care Queensland, one of the largest service providers of disability and aged care in Queensland.  Throughout her career she received a number of accolades, including Telstra Business Woman of the year for 2014.

Her career coincided with various developments that have come to define our understanding of professional services and their place in people’s lives. Throughout all this change, Anne has made a point of listening to and learning from the people she has worked with. Anne’s story is an example of how skilled and committed professionals can partner with people with disability and their families to create change. 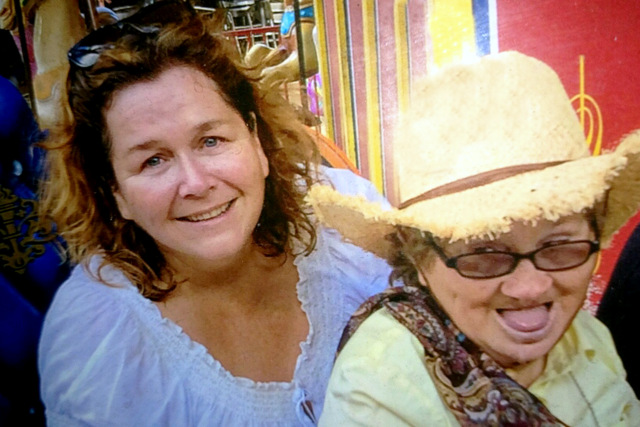 In a career spanning over three decades, Leanne Burke has worked in a range of settings to support people with disability. Guided by the example of her first teacher, her big sister Maria, Leanne is committed to creating the best life for the people she works with.

Leanne’s leadership has been in quietly and consistently demonstrating what is possible for people and what good quality looks like over time has been a great contribution to the sector. In sharing what she’s learnt Leanne challenges many common assumptions of how to serve people well and what leadership looks like. 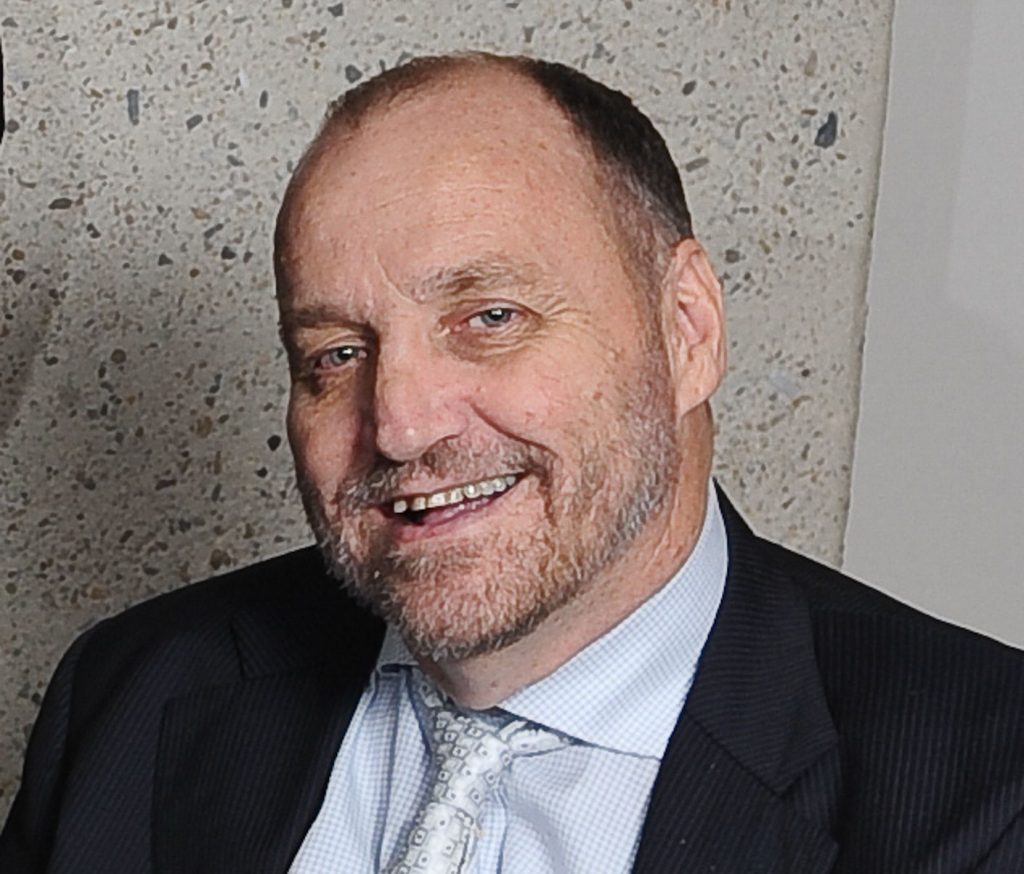 Kevin Cocks is very clear that his passion for standing up for people has stemmed from the values learnt in his childhood in western Queensland.

Since acquiring his disability in his early 20’s, Kevin has engaged in disability advocacy, co-founded an innovative service; won a class action to change the Australian Building Code and served as Queensland’s Anti-Discrimination commissioner for seven years.

In this episode we hear Kevin reflect on his earlier life and some of the ways he was active in cutting new paths for himself and on behalf of all people with disability.

Kevin reflects on the place and experience of people with disability in our communities and what we all lose when we exclude vulnerable people. Kevin has taken a lead but has not done this alone and is clear that the most effective leaders are connected to others. 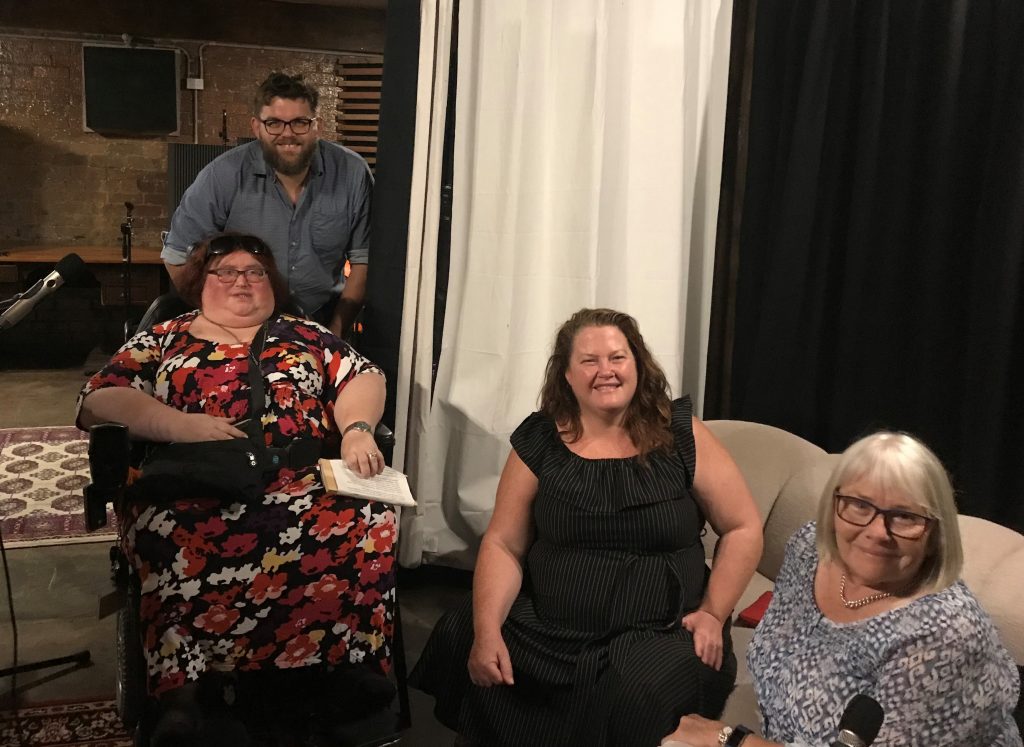 Sometimes hearing others talk about what they heard and what made sense to them can also help us to see things in a new way.  With that in mind we invited two good friends of CRU, Lesley Chenoweth and Karin Swift, to converse with journalist, Nance Haxton about the series.

Lesley Chenoweth AO is an academic, activist and adjunct Professor at Griffith University.  Lesley committed her career to advancing the rights of people with disability and ensuring their voices are heard.  This included time working at CRU in the 1980s and later serving as President of the Management Committee.

Karin Swift currently works as a policy officer for Queenslander’s with Disability Network (QDN).  She was the president of Women With Disability Australia (WWDA) and was a non-government representative to the Australian Government delegation to the United Nations in 2012.

Nance Haxton won two Walkley Awards for her work as an ABC Journalist. She has a family member with disability and she and her family have connected with CRU over many years.

We hope their reflections on the themes that emerged and the ideas and memories that sparked for them will enhance your own reflections.

These podcasts were funded by the Anne Cross Leadership Initiative.

This initiative was established in 2017 to honour the contribution of Anne Cross to Uniting Care Queensland during her years as the Chief Executive officer.

If you are a parent or family member of a person with intellectual disability you would have learnt a lot (and been told a lot) about how their disability impacts them. But are there things you need to know that you were *never* told?CRU is excited to bring interstate presenter John Armstrong to Hervey Bay on Friday 22 July. Join CRU & John for the workshop 'Understanding Intellectual Disability: what you always needed to know *but* were mostly never told' at the Hervey Bay Neighbourhood Centre, Pialba.Starting his career as a teacher, John has been working alongside people with disability and their families for over 40 years. In this full-day workshop, John can help to shed new light & bring a different perspective to some of the questions or situations you might find yourself grappling with, and give you new ideas and approaches. This workshop is open to people with disability, family members, as well as friends, allies, workers and professionals. There is a cost to attend and registrations are essential https://events.humanitix.com/hervey-bay-understanding-intellectual-disability-jul22 Image Description: Headshot of presenter John Armstrong smiling at the camera. He wears glasses and a striped, collared shirt. Community Resource Unit Ltd colourful ‘splash logo’. Featured image of overlapping orange and yellow squares on white background.Image text: Understanding Intellectual Disability: What you always needed to know but were mostly never told! Presented by John Armstrong. Hervey Bay. 22nd July 2022. Community Resource Unit Ltd. ... View more about this articleView less about this article

Starting July 2022, CRU is trialling an annual subscription service for workers across Queensland, aiming to gather, resource & mentor workers in the sector. * It’s $100 to join for up to 12 months* Access to exclusive subscriber workshops & networking events, consultant support, newsletters & curated resources.* Anyone who is a worker in the disability sector in QLD can subscribe – from support workers, team leaders, case managers, LACs, support coordinators, advocates & everyone in between.* Over the course of the year, we will explore topics along the lines of the following, aiming to inform, inspire & resource you along the way!o Does inclusion work? Why is it so difficult?o From filling in time, to making a contribution – how can I help?o Has the NDIS improved the lives of people with disability?o The dilemmas of supporting choice and decision-making – what is my role?This program will run as a trial in the first year, but the more subscribers we have, the more successful and long-lasting it will be, so please share this with your networks!To all the different types of workers out there - we welcome you, we value the work you do, & we would love you to come on board and connect with CRU in this new way. The program begins in July 2022, so please subscribe here by June 30th!You can sign-up online at https://events.humanitix.com/cru-subscription-program-for-workersRead more on the flyer here: https://cru.org.au/wp-content/uploads/2016/11/Flyer_CRU-Subscription-for-Workers_June22.pdfimage shows pink tabs of paper with writing stuck to a whiteboard. ... View more about this articleView less about this article

Earlier this week, CRU learnt of the sad passing of one of our most respected international allies, Dr E. Anne Hughson, Associate Professor at the University of Calgary, and an inspirational leader for disability inclusion. Anne was a regular visitor to Australia over several decades, and her pioneering work as a contributor to Inclusion Alberta made an immeasurable positive impact on the lives of people with disability and their families. Over decades Anne collaborated with Inclusion Alberta as a co-developer and facilitator of the Association’s internationally recognised family leadership series and developed community inclusion projects in child welfare, inclusive education, regional family advocacy networks and individualised funding. She presented and wrote extensively on post-secondary inclusive education, leadership, community inclusion and prevention of abuse. Her legacy is immense and CRU is deeply indebted to Anne for her warm friendship and for sharing critical insights which had a deep influence on our family leadership and inclusive education efforts, and many other areas of our work. We offer our sincere condolences to Anne’s family, friends, and colleagues. Vale Anne. ... View more about this articleView less about this article

SUNSHINE COAST School To Work Workshop Friday 17th JuneREGISTRATIONS CLOSING SOON!Join CRU for an interactive full day workshop that aims to bring families together to connect & increase confidence to seek out meaningful, paid employment for secondary school students (years -7-12) with disability.Hear stories & experiences from people with a disability & their family members, including practical tips & strategies to plan for and find real & meaningful work. This workshop will enable you to get actively started in a range of processes & leave with some concrete plans & strategies.To register or find out more, go to: https://events.humanitix.com/sun-coast-imagine-discover-find-work-17junParents, extended family members, allies & workers welcome.There is a fee to attend, however if this is a barrier to you, please contact us to discuss. The image shows a young man working in an office environment ... View more about this articleView less about this article

The Disability Royal Commission needs to hear about the experiences of people with disability, as well as families & supporters. There are some important deadlines to consider, so if you are interested in sharing your story, now is a good time to find out more.One month to go! If you’ve been thinking about sharing your story with a Commissioner, you need to register for a private session before 30 June 2022 to make sure you don’t miss out.Private sessions are confidential and we will provide support. Find out more: https://bit.ly/3N3HiDN ... View more about this articleView less about this article